As a mother of three adult sons, Latisha Reid says her children are her saviors.

“They have taught me so much more about myself than I ever thought I could learn—about life, about being resilient, having tenacity, and just the grit to always get up and keep going,” she says. 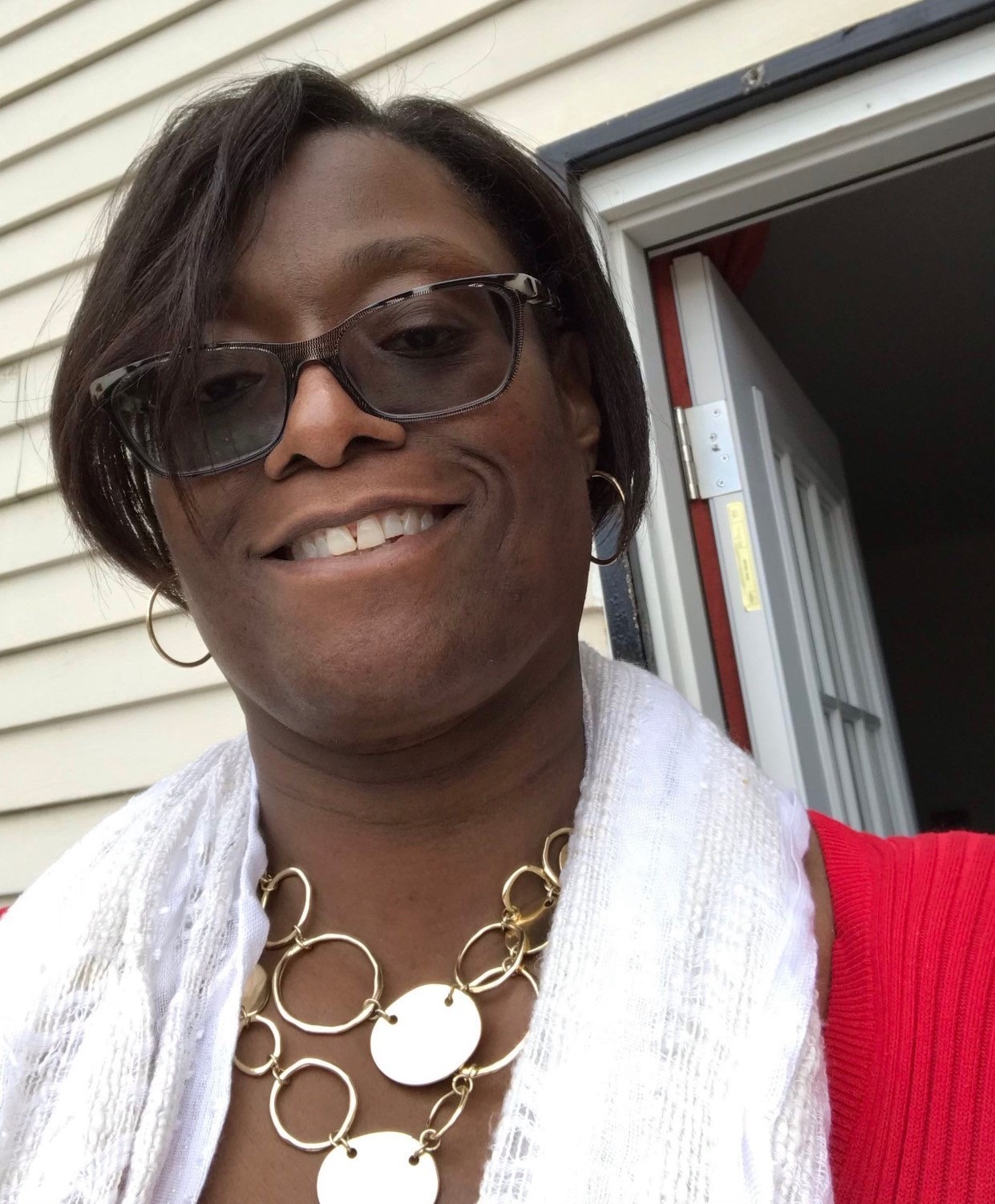 But even before her sons were born, Latisha leaned on an internal strength to overcome hardships. When Latisha was a child growing up in Washington, DC, those hardships included trauma and abuse, along with assault. In adulthood, she has faced homelessness and a Stage 2 breast cancer diagnosis, which in turn made it difficult to cover expenses like food.

“Whatever obstacles I face, I’ve always been too stubborn to give up on myself,” she says. Experiencing those personal challenges contributed to her desire to fight for greater food security in the Greater Washington area, including through her involvement with the Capital Area Food Bank’s Client Leadership Council.

Along with two of her sons, Latisha has been volunteering at CAFB for more than a decade. When she heard about the Client Leadership Council, she says, she was eager to join in.

The advocacy program “has been really beneficial,” she says. “It’s given me confidence, and I know it has others as well.”

One of her advocacy goals through the CLC is to work with CAFB’s Curbside Groceries program to bring the service to more neighborhoods throughout the District—including where she lives in Ward 5.

The program, which already operates in Ward 8 and in Prince George’s County, offers fruits, vegetables, dairy products and other staples to those who may not be able to easily reach a grocery store.

“It would be a great option, because not everyone has access to vehicles,” says Latisha. 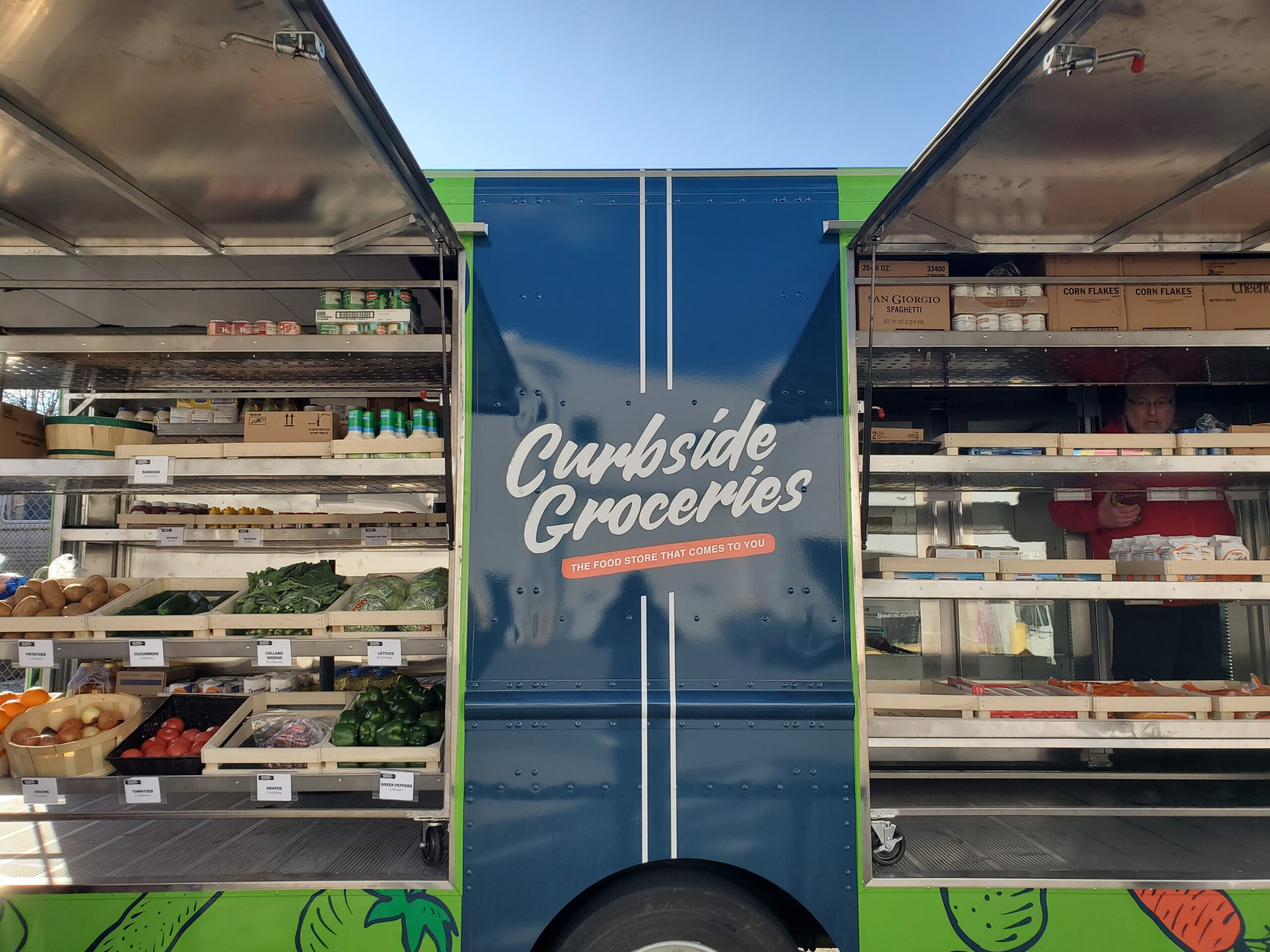 “And they have children. So it’s difficult to get on transportation with two, three, four children to the grocery store—and then they have groceries and children,” she says.

“So it would be a great time saver,” she says. “And a convenience!”

Latisha began working with Curbside Groceries after staffers involved in the program conducted a focus group with CLC members. She’s started to meet with community stakeholders to gauge their support for bringing the grocery truck to her area.

“So far, the feedback has been overwhelming,” she says.  “I hope to see this come to fruition and grow from here.”

Latisha wants to give back to her community because she knows what it’s like to have to make hard calls about how to afford necessities.

“One of the toughest things in the world is [when] you have just enough to pay the bills, not enough to buy food. And you’re juggling, and you have to make that decision,” she says.

“You have that stress, because you know your child is hungry, and you have an empty refrigerator or cupboards. What do you do?” she says. “You really don’t want to continue to borrow and push yourself deeper in debt, because you know that the next pay period, you’re still facing the same bills.”

That’s where organizations like CAFB have come in, Latisha says: “They’ve been the bridge, and they’ve made the difference.”

Overall, she says, she would like policymakers and others across the region to understand how prevalent food insecurity and hunger are in the community.

“People don’t think it happens in their backyard,” she adds.

Still, Latisha says she’s hopeful that the situation will improve.

“For us as a whole, as a community, with programs like the CLC, and Capital Area Food Bank, it will improve for us all—if we continue working together collectively to help others,” she says.