In 2007, Beverly Flanagan “started coming apart.” After all, that’s when the surgeries started.

A Silver Spring resident now in her 70s, Beverly survived two separate car accidents around the turn of the millennium. She prattles off medical procedures like she’s checking lines off a grocery list: one total knee, a wrist repair, two back surgeries, work on both shoulders, etc. As a member of the food bank’s Client Leadership Council, Beverly now shares her story as a reminder that hardship can grip anybody—and that anyone who needs help can, and should, ask for it.

“I had to struggle to continuously work within these periods,” Beverly recalls of the years of mounting health challenges. At the time, she served as a crossing guard under the Montgomery County Police Department. But even with employee health insurance, which helped lower her medical costs, she found herself pressed to make ends meet. Her part-time schedule led to inconsistent income, she scrambled to land the right doctor for her needs, and disability benefits proved complicated to navigate. “You’re being beaten up in so many directions,” she says of the experience.

Within this period of physical and financial difficulty, Beverly would start to seek food assistance. She supplemented her monthly visits to her local pantry, Manna Food Center, with occasional goods from Mount Cavalry Baptist Church in Rockville. This wasn’t the first time, however, that a household she lived in could benefit from a food boost.

What does food mean to Beverly? “Health,” she says. “It means that…people should be able to afford feeding themselves and their families.”

Growing up “a post-war baby” in Brooklyn, Beverly saw her mother as “magic.” (It’s a view she held through adulthood, too.) Her mom made a habit of showing up for her kids, often piecing together meals with lingering cabinet contents. She also fostered a deep fascination with nutrition. “Children should not be hungry,” Beverly declares. “They should have the best in life—which I did, thanks to a wonderful mom.”

Her mother was so willing, in fact, to go the extra mile for her children that she even took on a secret job to supplement the household income. Beverly remembers her father, who barred his wife from work, wearing a puzzled expression on Christmas morning when more presents than expected cropped up under the tree. Beverly wouldn’t learn about her mother sneaking out for an early-morning commute until years into the future. Looking back, she “realize[s] how much [her mom] sacrificed.” 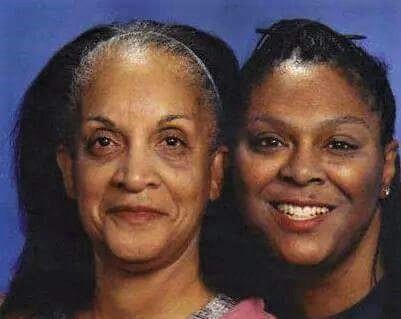 Following a stretch at Howard University, Beverly relocated to Maryland and “moved around just to make it in life.” She took on all sorts of jobs, ranging from a manager in the health field and a home care professional to a Sears employee and a Domino’s Pizza delivery driver.

Today, she lives with her only child, her “very industrious” adult daughter, who has a learning disability. Although her daughter retired due to health complications, she previously worked in a high-school cafeteria—a position Beverly’s mom helped her secure. A deep appreciation for the power of food and health clearly thrums through the family line.

By 2011, Beverly’s surgeries were starting to smooth out many of the physical issues she sustained. She pursued counseling and retired from the crossing guard post she’d held for more than two decades. The lead up to this “was brutal because I had to fight to be protected, while living in extreme pain,” she says. But not only did Beverly manage to keep herself from “go[ing] down into disaster,” but she made a point to give back, in spite of her hurt. “I now personally help people in my community by things I learned along the way,” she says.

In March 2020, however, Beverly came down with COVID symptoms. “I just did the best I could,” she remembers. “I was determined [and]…wanted to live.” Having enough food in the home to sustain her during quarantine was a gamechanger, demonstrating the difference stored food can make in moments of need. Later trips to charitable spaces helped her save on food costs, equipping her to purchase medication and health supplies for her household. In the end, “I feel very blessed,” she says. “I know what it’s like to have it tough.”

When asked what she would tell a DMV resident about local food access, Beverly recommends seeking out spaces where food items are bundled with other resources. Although food insecurity largely remains clouded by stigma and shame, Beverly makes it clear that asking for help is okay.

“I would connect and just share that I’ve been there,” she says, explaining how she’d encourage anyone experiencing hunger to “just reach out.”

Beverly’s niece initially flagged CAFB’s Client Leadership Council for her aunt, sensing she might feel called to anti-hunger advocacy. Beverly was interested and applied. Today, through her work with the CLC, she hopes to explore multiple topics that are important to her, like women’s rights, health, and nutrition education.

A lifelong volunteer, just as her mother raised her to be, Beverly emphasizes the importance of gauging people’s feelings—especially when they’re enduring a tough time. Learning someone else’s story is an opportunity to “feel what they might…feel, like if you were in their shoes,” she says. She describes numerous community-service experiences of her own, ranging from Red Cross assistance in Prince George County to answering hotline calls from victims of sexual violence in the 70s.

When volunteering, “you’re helping a fellow human being,” she says. “You don’t look down on them…[or] talk to them any kind of way.” You demonstrate respect. You give of yourself to help another person steady their footing. Then, maybe they’ll be able to pass that kindness along, sometime down the line.

Often, the most effective form of outreach involves meeting people where they are. That’s what Beverly means when mentions “the common waterhole” philosophy. Authentic community connections, she argues, can start in spaces people regularly share—such as pharmacies, libraries, and even food pantries like Manna. This mindset is about more than “just handing people food,” she says; it involves “mak[ing] people comfortable” and offering tools to help “pull them up.” For example, pairing food boxes with cooking tips and nutrition education helps people eat deliciously while also prompting self-sufficiency and health.

At this common, nourishing spot, Beverly believes more services than just food should be offered. We grow stronger when we merge our resources, reducing logistical friction and fostering smoother pathways to assistance.

“If we work together,” she says, “everyone in the household can at least eat…in a very healthy way.”