It was a big year at the food bank.  As we wave goodbye to 2019, here’s a look back at some of the top media stories we had the opportunity to be a part of this year. 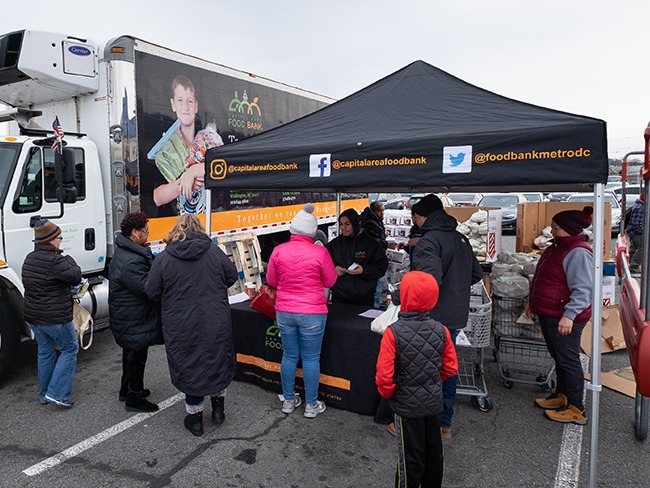 Mobilizing in a time of need.

In late 2018 and early 2019, the longest federal government shutdown in history left more than a quarter-million of our neighbors who work for the federal government without pay. With the support of our community, including many generous funders and dedicated volunteers, the food bank sprang into action to organize pop-up food distributions for the affected workers across the region.

Of the more than nearly 400,000 people at risk of hunger in our region, nearly a third of them are children.  The Christian Science Monitor looked at the role of food banks and other programs in helping to drive a decline in child malnutrition in recent years.  A piece by the Guardian, however, reminded us that there is still a great deal more to do.

The Capital Area Food Bank, its partners, and others across the region provide groceries, fresh meals and other services year-round to hundreds of thousands who struggle with food insecurity – but many of these organizations have trouble securing funding or the resources they need. WAMU’s Jonathan Wilson spoke with CAFB CEO Radha Muthiah to learn more about some of the challenges faced by the various food assistance services in the area. 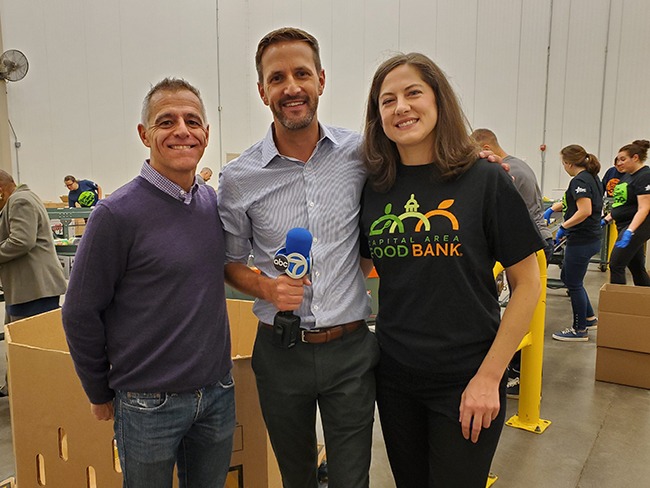 To mark World Food Day on October 16th, several federal employees volunteered their time at the food bank in support of the Combined Federal Campaign of the National Capital Area. ABC7’s Kidd O’Shea joined the sorting line to learn about our work and witness the great service of volunteers.

Clearing up misconceptions about SNAP.

After it was announced that rule changes to SNAP requirement could impact more than 15,000 in our service region, CAFB CEO Radha Muthiah spoke with WAMU’s Kojo Nnamdi to clear up misconceptions around SNAP benefits, offer insight into who will be affected, and discuss what it will take to help the food bank fill the gap.